This was an intimate evening with Noah, Liliana and James. The weather was beautiful, and we enjoyed the gentle evening air around us and the light through the canopy.

Liliana had decorated the stage with embroidered shawls draped at various points, plants and flowers. James walked in and sat down on a stump on the stage and began to play. I thought how much he looked like a painting by Julio Romero de Torres.

Noah's unpretentious but intellectual character highlighted the flamenco. Liliana stretched several different genres of flamenco to compliment each of his poems. The first half of the evening was cooler, the second more intense.

After many people stayed around and talked, and we had some spontaneous recitation of poetry by Lorca, a nice rounding-off for the evening.
Posted by lyrical at 1:43 PM No comments:

performance: Figure of Speech One 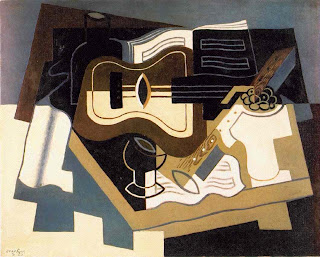 This was the "surrealism and humour" part of the series, and Stuart, Norma, Andrew, Jeff and Steven did not disappoint. The show began and ended with the musicians, which gave it a nice rounded feeling; just like the Ring Cycle, except one of the rhinemaidens played bassoon, with circular breathing, in 5/4.

Stuart was edgy and wacky, classic surrealism that gets its tension from the everyday modern. Norma had her trademark blend: over-the-top clowning, great characterization, graceful dancing.

One side of the stage was entirely covered in gongs, including the massive 120 pound gong. Steven is a very versatile player. Andrew got some very interesting effects out of a lap guitar as well.

I was happy that so many intrepid souls came despite the storm. The thunder and the 120 pound gong went together pretty well. Humanity versus Nature, what could have been more typically Canadian?
Posted by lyrical at 12:42 PM No comments:

The canopy was finished at 4:30 in the morning, the stage was painted at 8 in the morning. I did some last-minute promo at 10 and picked up some flowers and some treats.

I had a conversation with Tarver earlier in the week: "At worst, the canopy can just be tacked on." "Alright" said I "But it's your work that'll look like crap." "Ouch" said Tarver. "You're talking my language."

As it turned out, the canopy is gorgeous. The Sydney Opera House has its sail, and we have ours. I can't believe it's taken me this long to realize that Tarver is an artist. He's a very meticulous, very rigorous, very structurally-minded artist whose medium is not quite architecture, not quite furniture, not quite sculpture.
Posted by lyrical at 7:59 AM No comments: